A father felt “destroyed” when he found out his son was branded a “monster” at school and talked about suicide. The distraught dad finally decided enough was enough and set out to teach his boy’s bullies a lesson.

A father from Idaho is asking for parents to teach their kids about bullying. His seven-year-old son, Jackson, became a target due to a rare medical condition that disfigured his face. Despite his school’s efforts to stop the bullies, Jackson has spoken about his thoughts of suicide.

In 2017, Dan Bezzant opened up about the heartbreaking situation in a Facebook post. Its message about bullying has unfortunately remained true to this day. That day, at the beginning of the school year, he had heard older kids call his son a “monster”.

“I just broke down sitting in my car and crying my eyes out, not knowing what to do. I wrote the post as a plea for parents to educate their children and be aware of this issue,” Bezzant said. “It was a desperate moment, and I couldn’t even go in the house. This has been going on a while, and it’s been an accumulation of things that just destroyed me—it still chokes me up.”

Jackson has Treacher Collins syndrome, which affected the development of facial bones and tissues. This often results in underdeveloped facial bones, especially cheekbones and small jaws and chins, and sometimes hearing loss, eye abnormalities, and cleft palates. It affects about 1 in 50,000 people. As a result, Jackson also suffers from 74 percent hearing loss. However, he’s also a child who enjoys sports, video games, and the great outdoors. 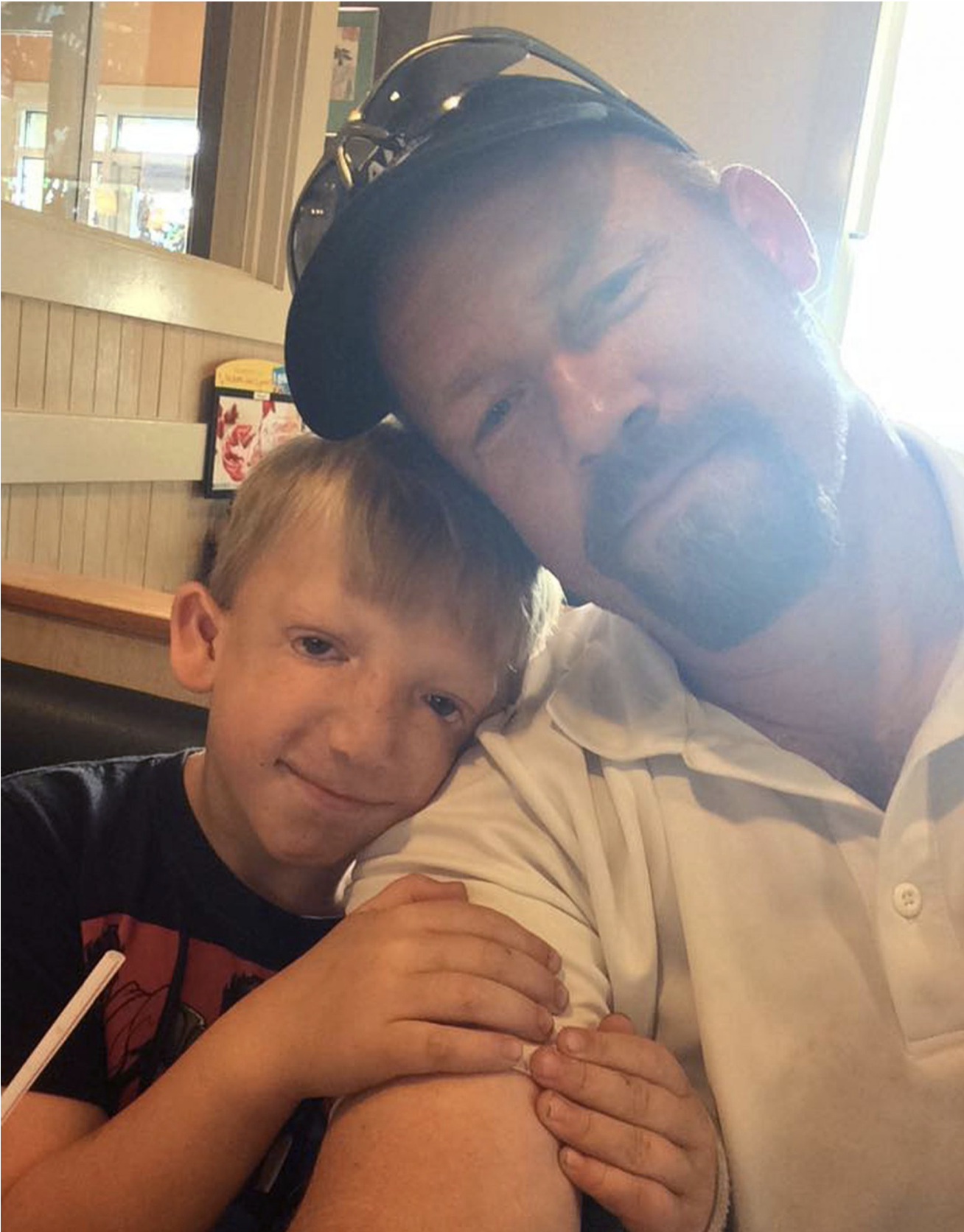 Though his parents are divorced, they are both deeply troubled by the bullying. Kelley Bezzant, Jackson’s mother, explained that Jackson wanted to stop wearing his glasses and hearing aids to school because of the teasing. Even worse, he also wanted to wear a mask so the bullies “can’t see my face and it hides my eyes.”

In his viral Facebook post, Bezzant describes the relentless bullying his son endures. Until Jackson has even spoken about suicidal feelings. “Jackson has expressed those feelings before, and in the last few of months, he has said it a few times,” he says. “That’s what broke me down the most. He shouldn’t have to feel that way—no one should have to feel that way just because they’re different.”

So many emotions culminated in Bezzant’s viral post. Any reader could read the helplessness and pain in his words.

Parents, Teach Your Children About Bullying 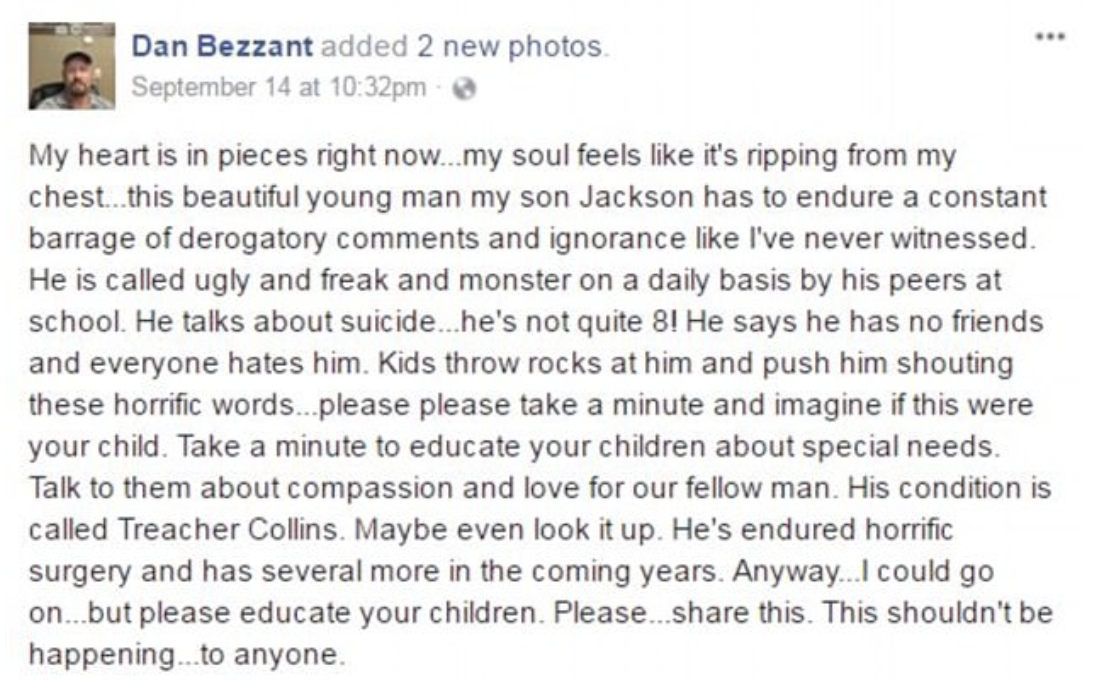 “My heart is in pieces right now…” Bezzant begins his post, “my soul feels like it’s ripping from my chest… This beautiful young man, my son Jackson, has to endure a constant barrage of derogatory comments and ignorance like I’ve never witnessed. He is called ugly and freak and monster on a daily basis by his peers at school. He talks about suicide… he’s not quite 8! He says he has no friends and everyone hates him. Kids throw rocks at him and push him, shouting these horrific words…

“Please please take a minute and imagine if this were your child. Take a minute to educate your children about special needs. Talk to them about compassion and love for our fellow man…”

Despite Jackson’s school trying to keep him safe, it’s impossible for the staff to watch him every moment of the day. So much of the bullying happens just out of their view. Therefore, Bezzant begs parents to step in.

This post received over 41,000 shares and 14,000 likes. Bezzant received many messages from people offering to be Jackson’s friends. Plus, Jono Lancaster, a well-known Treacher Collins activist, offered to speak with the students at Jackson’s school.

Meanwhile, Bezzant hoped his post with resonate with everyone, not just those who have Treacher Collins. Bullying happens everywhere to many different kinds of people, even adults. “Bullying is a huge issue, and it needs to stop,” he said. “No one should have to feel like they want to kill themselves because they’re not like everybody else. It’s horrific, and I don’t want anyone to experience that.”

Fortunately, there was much good on the horizon for Jackson. He had been attending local events, even becoming the guest of honor at a few anti-bullying rallies. He has made friends who look out for him at school, and on the Supporting Jackson Bezzant Facebook group, there are photos of him with pals, playing sports, campaigning against bullying.